It is with great sadness that we inform you of the passing of Dr. Peter Fox, Tetherless World Constellation Chair, Director of the Information Technology and Web Science program, and Professor of Earth and Environmental Sciences, Computer Science, and Cognitive Science, on March 27, 2021. He was 61.

Peter Fox is a Tetherless World Constellation Chair and Professor of Earth and Environmental Science, Computer Science and Cognitive Science at Rensselaer Polytechnic Institute. Fox directs the Insitution-wide interdisciplinary Information Technology and Web Science program. Previously, he was Chief Computational Scientist at the High Altitude Observatory of the National Center for Atmospheric Research and before that a research scientist at Yale University. Fox holds a B.Sc. (hons) and Ph.D. in Applied Mathematics (including physics and computer science) from Monash University. His research and education agenda covers the fields of data science and analytics, ocean and environmental informatics, materials informatics, computational logic, semantic Web, cognitive bias, semantic data frameworks, and solar and solar-terrestrial physics. The results are applied to large-scale distributed scientific repositories addressing the full life-cycle of data and information within specific science and engineering disciplines as well as among disciplines. Fox is Editor-in-Chief of the American Geophysical Union journal Earth and Space Science. Fox is past-president and past-board member of the Federation of Earth Science Information Partners (ESIP). Fox served as chair of the International Union of Geodesy and Geophysics Union Commission on Data and Information from 2007-2015, is past chair of the AGU Earth and Space Science Informatics section, and previously associate editor for the Earth Science Informatics journal, editorial board member for Computers in Geosciences and Nature's Scientific Data. Fox served on the International Council for Science's Strategic Coordinating Committee for Information and Data. Fox was awarded the 2012 Martha Maiden Lifetime Achievement Award for service to the Earth Science Information community, and the 2012 European Geosciences Union Ian McHarg Medal for significant contributions to Earth and Space Science Informatics. In 2015, Fox was elected as the first Earth and Space Science Informatics fellow to the American Geophysical Union and fellow of the American Association for the Advancement of Science in 2018.

We propose the development of the field of materials processing ontology so that the US establishes leadership in this critical technological arena. 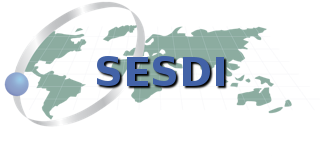 The vast majority of explorations of the Earth system are limited in their ability to effectively explore the most important (often most difficult) problems because they are forced to interconnect at the data-element, or syntactic, level rather than at a higher scientific, or semantic, level.