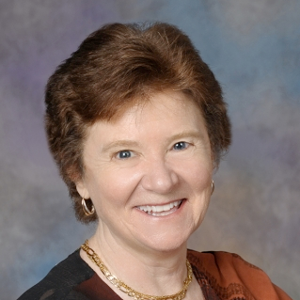 Deborah McGuinness is the Tetherless World Senior Constellation Chair and Professor of Computer and Cognitive Science. She is also the founding director of the Web Science Research Center at Rensselaer Polytechnic Institute. Deborah has been recognized with awards as a fellow of the American Association for the Advancement of Science (AAAS) for contributions to the Semantic Web, knowledge representation, and reasoning environments and as the recipient of the Robert Engelmore award from Association for the Advancement of Artificial Intelligence (AAAI) for leadership in Semantic Web research and in bridging Artificial Intelligence (AI) and eScience, significant contributions to deployed AI applications, and extensive service to the AI community. Deborah is a leading authority on the semantic web and has been working in knowledge representation and reasoning environments for over 30 years. Deborah's primary research thrusts include work on semantically-enabled schema and data integration, ontologies, open linked data, data science, and foundational knowledge representation and reasoning to support a wide range of informatics and analysis efforts. Prior to joining RPI, Deborah was the acting director of the Knowledge Systems, Artificial Intelligence Laboratory and Senior Research Scientist in the Computer Science Department of Stanford University, and previous to that she was at AT&T Bell Laboratories.

Deborah is also widely known for her leading role in the development of the W3C Recommended Web Ontology Language (OWL), her work on earlier description logic languages and environments, including the CLASSIC knowledge representation system, and more recently, her work on interdisciplinary semantic data resources, provenance languages and environments, including InferenceWeb, PML, and PROV. She has built and deployed numerous ontology environments and ontology-enhanced applications, including some that have been in continuous use for over a decade at AT&T and Lucent, and two that have won deployment awards for variation reduction on plant floors and interdisciplinary virtual observatories. Recent application thrusts include health informatics and smart environmental monitoring. Some current and recent projects can be explored at http://tw.rpi.edu/web/person/Deborah_L_McGuinness/Projects . She has published over 350 peer-reviewed papers and has authored granted patents in knowledge based systems, ontology environments, configuration, and search technology.

She also consults with clients wishing to plan, develop, deploy, and maintain semantic web and/or AI applications. Some areas of recent work include: data science, next generation health advisors, ontology design and evolution environments, semantically-enabled virtual observatories, semantic integration of scientific data, context-aware mobile applications, search, eCommerce, configuration, and supply chain management. She is a frequent technology advisory board member, currently or previously with Qualcomm, OrbMedia, SocialWire, and Sandpiper Software. She also advised Applied Semantics, Guru Worldwide, and Cerebra prior to their acquisitions. Deborah has also worked as an expert witness in a number of cases, and has deposition and trial experience.

This is a program led by the Defense Advanced Research Projects Agency (DARPA), which is developing a schema-based AI system that can identify complex events and bring them to the attention of users.

The Center for Health Empowerment by Analytics, Learning, and Semantics (HEALS) is a five-year collaboration between Rensselaer and IBM aimed at researching how the application of advanced cognitive computing capabilities can help people to understand and improve their own health conditions.

In 2019 the Human Health Exposure Analysis Resource (HHEAR) Data Center was established by NIEHS as a continuation of the CHEAR Data Center expanding to include health outcomes at all ages.

DARPA is the research and development office for the U.S. Department of Defense. It maintains the technological superiority of the U.S. military and prevents technological surprise from harming our national security. TWC has been funded by DARPA for numerous projects, including this one.

Whyis is a nano-scale knowledge graph publishing, management, and analysis framework. Whyis aims to support domain-aware management and curation of knowledge from many different sources. Its primary goal is to enable creation of useful domain- and data-driven knowledge graphs.

A set of in-house developed tools which enable the discovery of, access to, and integration of the Health and Human Services' datasets. Over the past several years, TWC has built many of the tools, has set the standards, and has engineered the architecture of the Web that many of us use today.

Although antidepressant treatment is readily available, the US government reports that Major Depressive Disorder is the leading cause of disability in the U.S. for ages 15-44. Why? Depression is complex.

The LOGD project investigates the role of Semantic Web technologies, especially Linked Data, in producing, enhancing and utilizing government data published on Data.gov and other websites.