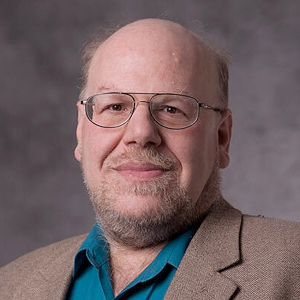 James Hendler is the Tetherless World Professor of Computer, Web and Cognitive Sciences at Rensselaer and has recently been appointed as the Founding Director of the Institute for Data, Artificial Intelligence and Computing.  He also is the director of the RPI-IBM Artificial Intelligence Research Collaboration and serves as a member of the Board of the UK’s charitable Web Science Trust.  Hendler is a data scientist with specific interests in open government and scientific data, data science for healthcare, AI and machine learning, semantic data integration and the use of data in government. One of the originators of the Semantic Web, he has authored over 450 books, technical papers, and articles in the areas of Open Data, the Semantic Web, artificial intelligence, and data policy and governance. He is also the former Chief Scientist of the Information Systems Office at the US Defense Advanced Research Projects Agency (DARPA) and was awarded a US Air Force Exceptional Civilian Service Medal in 2002. He is the first computer scientist ever to have served on the Board of Reviewing editors for Science. In 2010, Hendler was selected as an “Internet Web Expert” by the US government and helped in the development and launch of the US data.gov open data website. In 2013, he was appointed as the Open Data Advisor to New York State and in 2015 appointed a member of the US Homeland Security Science and Technology Advisory Committee. In 2016, became a member of the National Academies Board on Research Data and Information, in 2017 a member of the Director’s Advisory Committee of the National Security Directorate of PNNL, and in 2021 became chair of the ACM’s global Technology Policy Council. Hendler is a Fellow of the US National Academy of Public Administration, the AAAI, AAAS, ACM, BCS and IEEE.

This is a program led by the Defense Advanced Research Projects Agency (DARPA), which is developing a schema-based AI system that can identify complex events and bring them to the attention of users.

The Center for Health Empowerment by Analytics, Learning, and Semantics (HEALS) is a five-year collaboration between Rensselaer and IBM aimed at researching how the application of advanced cognitive computing capabilities can help people to understand and improve their own health conditions.

We propose the development of the field of materials processing ontology so that the US establishes leadership in this critical technological arena.

The Web Science Research Center at TWC RPI is working with other members of the Web Science Trust to create a global "Web Observatory".

A set of in-house developed tools which enable the discovery of, access to, and integration of the Health and Human Services' datasets. Over the past several years, TWC has built many of the tools, has set the standards, and has engineered the architecture of the Web that many of us use today.