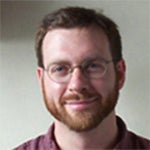 Dr. David Mark Welch is an evolutionary biologist with a background in biochemistry and molecular biology. His research spans processes of metazoan genome evolution to how rare and unknown microbes shape ecosystems, and is united by an overarching interest is the molecular mechanisms by which natural selection and evolutionary history create biological diversity. As a graduate student with Matthew Meselson, Mark Welch found the first molecular evidence for the long-term absence of meiosis in an animal, which ushered in a new interest in using molecular genetic tools to study asexual evolution. His continued research in this area led to a mature theory uniting unique aspects of the ecology, genome evolution, and DNA repair processes of these animals, bdelloid rotifers, to explain their unexpected evolutionary success. Elements of this synthesis have been confirmed and expanded with the recent sequencing of a complete bdelloid genome, an effort of Mark Welch, JBPC scientist Irina Arkhipova, and an international team of collaborators. The focus of his lab’s current research in this area is the novel antioxidant and DNA repair pathways of bdelloids. The Mark Welch lab is also leveraging previous work exploring the ecological and evolutionary dynamics of sex and speciation in rotifers to investigate cellular, molecular, and genetic processes of aging from the perspective of evolutionary ecology and comparative genomics. Through collaborations with other scientists at the JBPC, Mark Welch extends his exploration of biological diversity to the realm of microbes. He led the development of the bioinformatics tools necessary to analyze the first massively-parallel tag sequence datasets that demonstrated the existence of a “rare biosphere” of microbial taxa and currently leads the teams developing the Visualization and Analysis of Microbial Population Structures project and the Global Names Discovery, Indexing, and Reconciliation Service. As Director of the Bay Paul Center he also oversees development of bioinformatic resources for the Encyclopedia of Life.