The field of translational biomedical informatics seeks to integrate knowledge from basic science, directed research into diseases, and clinical insights into a form that can be used to discover effective treatments of diseases. Currently, representations of experimental provenance reside in models specific to each sub-domain: biospecimen management tools track the histories of biospecimens, how they are handled and disposed; high throughput assay-based experiments are described in a format specifically designed for that data; and experimental workflow systems, such as Laboratory Information Management Systems (LIMS), each represent their portion of the research pipeline using models specifically designed to those tasks. In recent years, a concept of a general-purpose provenance model has emerged from the computational workflow domain.

In bioinformatics there has been an explosion of data due to the use of high-throughput assays such as microarrays for research in biology and biomedicine. These assays are used to produce data for experiments based on the current gene expression of cells, commonly expressed polymorphisms, determining the epigenetic regulation of genes, and many others. During this time, the community has developed and adopted a standard for describing experiments and the data that they generate. Adoption of these standards, along with data sharing requirements from funding institutions, has resulted in the publication of tens of thousands of high throughput experiments performed over the last ten years. Because of this, it has become the de-facto format for describing experiments in biomedicine. This standard is referred to as the MAGE (MicroArray and Gene Expression) standard. Like with other parts of the translational research pipeline, these experimental representations are primarily representations of workflow but are not currently integrated with other types of biomedical data. We propose a vision for a common model of provenance representations across the translational research pipeline, and show that one of the largest sources of data in that pipeline, microarray-based experiments, can be accurately represented in general-purpose models of provenance that are already used to represent computational workflows. 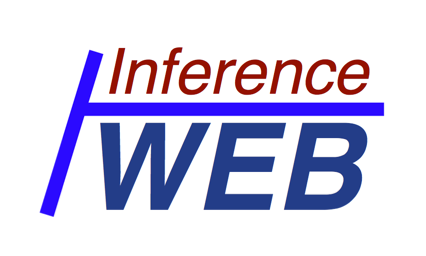 The Inference Web is a Semantic Web based knowledge provenance infrastructure that supports interoperable explanations of sources, assumptions, learned information, and answers as an enabler for trust.