Application of Semantic Technology to Define Names for Fungi

The need for well-defined, persistent descriptions of taxa that can be accurately interpreted by computers is becoming increasingly clear. The goal of this work is to develop named descriptions of Fungi that enable automated reasoning by computers. We encode these descriptions using the Web Ontology Language (OWL). The initial target audience is field mycologists using the Mushroom Observer website, who range from professional scientists to beginning mushroom enthusiasts. We describe our mycology ontology and propose developing a transparent, community-based ontology evolution process. The ontology was designed to focus on properties that can be observed in the field, but the framework is proving to be suitable for microscopic, chemical, and genomic properties as well. Concrete examples are provided where field mycologists need names for groups of similar-looking Fungi that are known to belong to different species, and where our approach can significantly increase the precision of information recorded by the observer. Such a system is important for enabling the field mycologist to make more meaningful contributions to the modern scientific literature. In addition, the resulting ontology and descriptions provides a foundation for consistent, unambiguous, computational representations of Fungi. Finally, we expect that such a system will enable more people to become active field mycologists by providing a more robust way to document field observations and connect those observations with information about similar fungi. 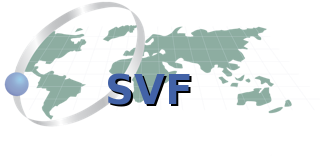 Fungi are typically referred to by either scientific or common names. Neither of these terminologies meets the need for well-defined, persistent definitions of groups of fungi who exhibit similar macroscopic qualities, but may be dissimilar genetically. We propose a community-developed vocabulary that can be used to identify mushrooms based on properties that can be observed in the field (without microscopic or genomic examination). We show how an ontology can be used to develop and organize the terms and definitions and to enable applications based on the vocabulary.